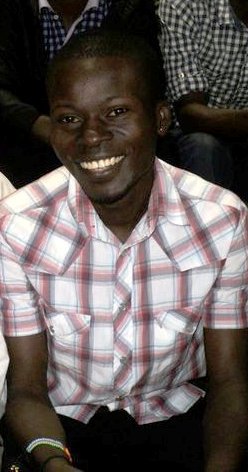 I was introduced to dancehall when I was 12 by my cousins who were DJs at the time from then I was hooked. They taught me how to DJ and for over 2 years I would come on as the warm up DJ ant almost all of their events. It is during these events that I realized people had a negative view of dancehall and reggae. With a few friends we decided to do what we could to change that view. It hasn’t been an easy road and most of them gave up along the way. I’d say for me the breakthrough came when I linked up with G Money. Together we started Uptown Thursdays in which I handle the Marketing, logistics and all other event related aspects of it. In just 2 years since we started Uptown Thursdays we have hosted artists such as Alaine, Ginja, Kiprich, Anthony B, Gramps Morgan, Cecile, D Major, Darrio, Konshens, Chris Martin and Shaggy and we are looking forward to hosting the Gully god – Mavado who is coming to town for an event – So Special tour which I will cover under Sunsplash Media . The same year Uptown Thursdays started saw the launch of Uptown Radio 91.1 FM Africa’s first dedicated dancehall station which was graced by Beenie Man. I co hosted a show with G Money – In the mix which wass live every Wednesday from 3 PM Kenyan time. However I had to leave since I moved to the US for a while. While in the US, I handled bookings for Silver Star sound DJs who are based in the UK and act as the liaison between several dancehall artists and DJs called for events targeting Kenyans in the Diaspora and dancehall/reggae lovers in general.

Currently i handle the online marketing for Kingston 10 a dancehall show hosted by Della and ZJ Heno, and write dancehall news / interviews for my boys site www.thisiscreme.com

At the moment, I am Sunsplash Medias’ Africa representative and as the company motto says – Networking the Caribbean culture worldwide, my role is to distribute music to various DJs/stations across Africa. Basically Sunsplash Media is a network of professionals in the media bizness, assisting different people on different continents learn from the Caribbean culture. Under Sunsplash Media, I network directly with several artists, producers and labels to distribute singles that have been released.

I am currently working on a syndicated show to be co-hosted by Jah Price and Selecta Princess. We are also starting a new segment on Jah Princes Sunsplash Mix show on Da Flava Radio (and syndicated in Gambia). As for the culture, I am working on getting CY Clothing distributed in Africa which will hopefully start before the end of the year and I look forward to the parent company ‘Cooyah established since 1987’ making big moves starting with Kenya and Gambia. We are also looking at having more concerts across Africa as well. With new contacts within the US, I am also looking at breaking more ground and hopefully get people to work together and kill the bad mind and negativity within the industry. Till then I will work on strengthening my links (especially Sexy Chin Promo, DJ Marley and ZJ Redman both from Seattle, Silverstar sound in the UK, Jah Prince and Selecta Princess at Sunsplash Media and G Money right here in Nairobi) and getting the music and culture out there